Maths, humanities and foreign languages ​​should be compulsory for A-level pupils, report says

The study of humanities, mathematics and foreign languages ​​should be made compulsory for A-level pupils, according to a report.

The document says expanding the scope of the program could create more “adaptable” employees in the workplace and improve their numeracy skills.

The report’s author, Dr Gabriel Roberts, said post-16 qualifications would need to be revised to address the issue.

The study of humanities, mathematics and foreign languages ​​should be made compulsory for A-level pupils, according to a report (stock image)

But Mr Roberts argued they should be required to study more subjects – much like the International Baccalaureate (IB) which requires students to take six, including a language, a humanities subject and mathematics.

The newspaper added that the decision could increase the number of applicants for humanities courses at the university.

Mr Roberts said: “A-levels are surprisingly narrow by international standards. The success of the IB and Extended Project qualification shows that students can handle a wider range than the A levels offer.

“The growing popularity of interdisciplinary degrees should also tell us about the kind of education many young people want. There are strong arguments for change.

Regarding his proposal to require A-level students to study mathematics alongside a subject in the humanities until the end of compulsory schooling, the report’s author, Dr Roberts, said that this “would improve the abilities humanities graduates, which could have positive effects on their careers”.

Between 1961/62 and 2019/20, the proportion of UK students studying the humanities fell from around 28% to around 8% of all students, according to the document.

He adds: “The employment prospects of humanities graduates are weaker than those of graduates in some other fields, but the picture is mixed.”

Dr Roberts said: ‘Requiring students to pursue a foreign language until the end of school could stem the decline of applicants for modern language courses at university and reduce the social exclusivity of classical language courses. and modern in the main universities.

“It would also address the long-term shortage of language skills identified by employers, have wider benefits for students’ academic achievement and help offset the loss of international connections that may result from Brexit.” 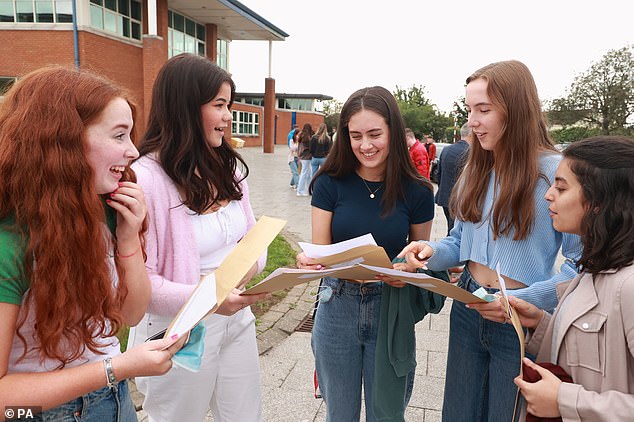 Nick Hillman, director of the Higher Education Policy Institute (Hepi), said: “It is often said that there is a ‘crisis in the humanities’ and there are certainly great challenges for the humanities when it comes to the number of students, funding and programs, we have to discuss, debate and deal with them.

“Nevertheless, the narrative of the “crisis” is too simplistic and too pessimistic. The real picture is more nuanced, more interesting and more positive, whether in teaching, course design or research.

Eleanor Busby, PA Education Correspondent ‘Furthermore, the current heated debates on issues such as statutes and decolonization of the curriculum prove that most people know that we can only fully understand our society when the humanities thrive.’